About › The Queen's Regiment History › Traditions ›

The custom of The Loyal Toast, is one which was inherited from The Royal Sussex Regiment. 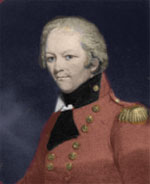 When the Queen's health is drunk, each mess member and guest remains seated and the toast is made in rotation.

Due to extreme tension in Northern Ireland at that time, The Earl of Donegall, (35th Regiment of Foot), required each of his officers in turn to raise their glass, to enable him to see and ensure their loyalty.

This custom, was in turn, adopted by The Queen's Regiment. 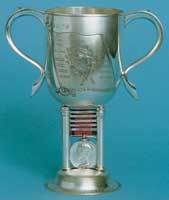 The tradition of The Silent Toast, is an important part of the remembrance of The Battle of Albuhera, which was inherited from The Die Hards The Middlesex Regiment.

The annual toast is made each year on 16th May in the Warrant Officers' and Sgts Mess, whereby the toast "To The Immortal Memory" is proposed by the Commanding Officer and drunk by intermixed sergeants and officers, a tradition which is carried on today, by the Queen's Regiment successor, The Princess of Wales's Royal Regiment, in memory of the forbear and current regiments who gave their lives. The original cup was reputedly made out of the silver accoutrements of the 57th Foot officers who had fought at Albuhera. It is adorned with the medal of Colour Sergeant Holloway who won it at the battle whilst serving as an 11 year old Drummer Boy. He was the longest living survivor of the battle. 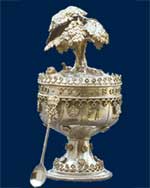 On each officer's first dining with any battalion, including the senior officer dining, salt was taken from this cellar as a mark of welcome and trust. Once the fragment of the Colours is revealed when the salt is taken, then each new officer is reminded of his responsibilities. 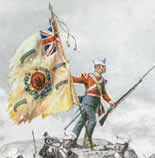 On the anniversary of the Battle of Sobraon, 10 February 1846, the Regimental Colour of the 1st Battalion was marched from the Officers' Mess to the Warrant Officers’ and Sergeants’ Mess; the battalion lined the route and the Colour was carried by the Sobraon Sergeant, selected by the Regimental Sergeant Major as the outstanding sergeant of the previous twelve months.

This commemorated the action of Sergeant Bernard McCabe of the 31st Regiment, who saved the Regimental Colour at the battle after the ensign had been killed.

The Colour remained in the possession of the Warrant Officers’ and Sergeants’ Mess until midnight, when the Orderly Officer, or a junior officer, had the honour of visiting their Mess to receive it. Thanks to their legendary hospitality, this generally took some time

Warriors Chapel
In the Warriors' Chapel at Canterbury Cathedral, throughout the year on each weekday, a retired or serving Member of the Regiment turns a page of one or more Books of Remembrance. This ceremony is followed by prayers. The tradition started in 1926 when The Buffs placed their Book of Life for the Great War of 1914-18 in their Regimental Chapel. Other Books of Remembrance, inducing that of The Queen's Regiment and PWRR, have since been placed in the Warrior's Chapel.