The fundamental difference between the two World Wars can be summed up in the word 'mobility'. The Second World War was fought largely in the open, making much use of armour and close support aircraft, and tactics were far removed from the trench warfare in which armies had remained almost motionless. The main effect of mobility was that, in general, casualties were 1/12th of those in the First World War.

The Queen's Regiment, as it exists today was represented in every theatre of war. Six battalions of The Queen's, three of The Buffs, three of The East Surreys, five of The Royal Sussex and five of The Royal West Kent Regiment went to France with the British Expeditionary Force but were hopelessly ill equipped to deal with the German Blitzkrieg (Lightning War) when it began on 10 May 1940. Most of them did manage to return to England through Dunkirk, Le Havre, Cherbourg and St. Nazaire, but four out of the twenty one battalions were overwhelmed and forced to surrender. The Middlesex had been converted to machine gunners in 1937, three of their battalions were in the BEF, in small detachments in a support role, and their survival rate was high. Four years later, battalions of The Queen's, Royal Sussex and Middlesex returned to France, and in due course the regimental flag of the 1st/5th Queen's was hoisted above the Town Hall in Hamburg.

Battalions of all the Regiments fought in North Africa, driving the German Afrika Korps from el Alamein to final defeat in Tunisia, then invading Sicily, landing at Anzio and Salerno on the Italian coast and fighting their way up through Italy until the Germans surrendered in May 1945. The Royal Sussex helped to defeat the Italian armies in Abyssinia (now Ethiopia), and The Royal West Kent's defended Malta against constant German and Italian air raids. 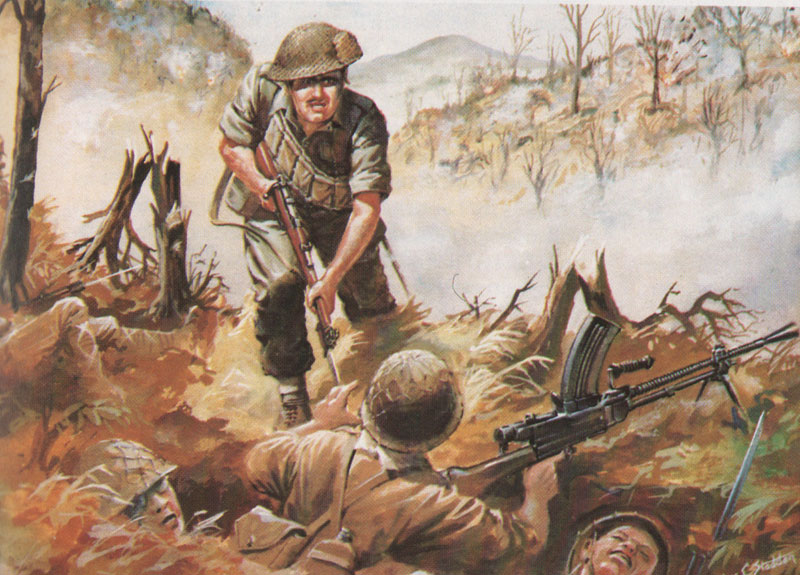 In the Far East, the defence of Hong Kong island by The Middlesex against the Japanese was in the finest tradition of the "Diehards", and the 2nd East Surreys, having held up 2 Japanese divisions for 4 days on the mainland were ordered first to withdraw to Singapore and then to surrender.

The 9th Royal Sussex fought in Burma alongside the Americans and Chinese under the command of the American General "Vinegar Joe" Stilwell, and the 2nd Buffs fought through to Mandalay, but the greatest achievement in the war in Burma was the defence of Kohima by the 4th Battalion, The Queen's Own Royal West Kent Regiment, a Territorial battalion.

This battalion held out for 15 days against a complete Japanese division, thereby buying enough time for two British divisions,  which included the 1st Queen's, to arrive and prevent the Japanese invasion of India. This was the turning point in the war against the Japanese in Burma, for thereafter they were never able to mount an offensive and the 4th Royal West Kents were often at the head of the column that drove them back to Rangoon and beyond. It was at Kohima that Lance Corporal Harman of The Royal West Kent's  won the Victoria Cross by first killing a Japanese machine gun crew and capturing the gun single handed. Then rushing another post alone and killing all five Japanese in it. He himself was then killed by a burst of enemy machine gun fire. The Japanese surrendered unconditionally on 15 August 1945. 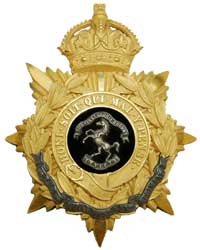 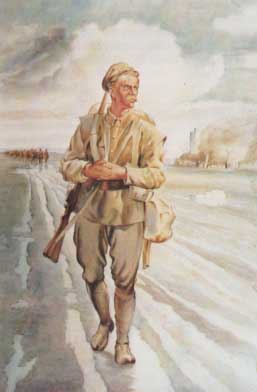